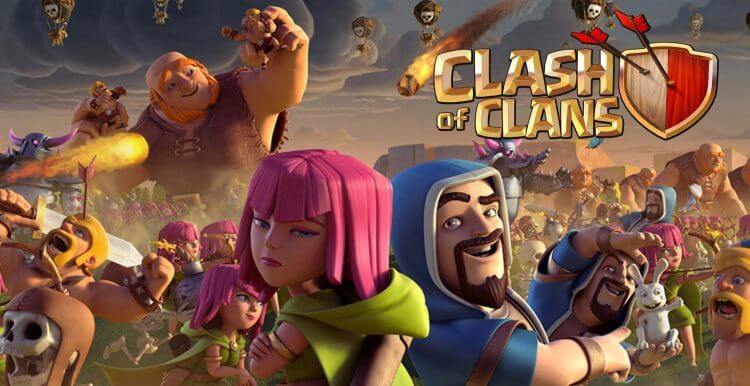 Top 3 Best Ways to Earn Gems in Clash of Clans

Clash of Clans is one of the most popular strategy games for android and IOS by Supercell. Despite the fact that COC was released all the way back in the year 2012, it still manages to remain one of the most played games of all time with a huge player-base. If you have ever played this game before, you would know it’s right when I say that COC is one of the most addicting games that you’ll ever come across in your life.

The sense of never-ending thrill and responsibility to help your clan grow and prosper and be the best clan in the game, just keeps pulling you back to the game even if you try to stay away, some would even play the game 24/7, especially if you are the leader of your clan.

But for those who are new to the world of COC (as I once was), it is an awesome online multiplayer strategy game where you need to build your bases, join or lead the clans, grow your empire and so much more. But as with most online games, you’d have to be rich in order to buy the essential items to make progress in the game and to be rich, there are two ways to go about that. You can either work hard spend hours, days and even weeks to earn gems (COC currency) or if you have some cash laying around, you can spare yourself all the trouble and time and just buy CoC items you need for cheap.

Unfortunately, many of us don’t have the luxury to spend real money to buy the in-game currency but don’t worry as we have come up with a list of 3 legal ways that you can make earn some quick gems in Clash of Clans.

I know this sounds trivial but chopping of trees and other obstacles can be a very good way to earn some quick gems in COC. It only takes around a minute to do so and you can earn a lot of gems in a single day, not so easy but still one of the best ways.

Another good way to earn some gems in COC is to complete surveys. There are ton of apps that let you to do that but I would recommend using a trusted app and what better application than Google Opinion rewards that actually gives you some cash for each survey you complete. You can use that to buy gems in COC or pretty much any other game out there.

I know Gem mines wouldn’t be your first priority but it sure does make up for a good passive income in the game, you can actually just leave them be and in one day it can make you around 5 gems, which doesn’t seem to be a lot but look at the bright side here, you don’t have to do anything for it, right?

People have been going crazy over tricks to earn free gems in COC but most of them don’t actually work and the few that do, they just work for like once in a 100 tries or so.

Which Class is Best for You in Path of Exile?

5 Runescape Tips to Help You Be a Better Player

How to Use the Best Game Cheats for First-Person Shooters